Jesus was a Yogi

“Father Gabriele Amorth, who for years was the Vatican’s chief exorcist and claims to have cleansed hundreds of people of evil spirits, said yoga is Satanic …” He obviously hasn’t seen the Jeremy Kyle Show. Ignorance, fear, bigotry and hate……wonderful tools of control and subjugation aren’t they?

Blogs are wonderful things; they give people a chance to express themselves, to rant and rave and sometimes even to share some wisdom or knowledge which others might find useful on life’s journey. It is always rewarding when you find that others share you view point, but the main objective is to help others think about issues that they might take for granted; even if it means they disagree with you to the point of being angry.

When I did my training in the Smae Institute, one of the tutors told us never to talk to patients about religion and politics. It is not something that I totally agree with, as I like to get to know my patients, but then again,they haven’t come to my clinic to hear my view on those subjects. The irony is that although religion and politics is the most contentious issues that most people would engage in. A lot of our opinions and viewpoint are based on fear, ignorance and bigotry, and those who don’t have an opinion…….,well, are they just ignorant or don’t they have the energy to care beyond just living from day to day?

How wise is it to blog about religion? Is there a danger of offending Christians? Well, that’s not a problem, because I am actually a Roman Catholic; so I can’t be accused of being a heathen Chinaman attacking the Catholic faith.I suppose I could be ex-communicated…………am I bothered? Kim and myself went to Rome for a long weekend several years ago and we went to see the Vatican. Two observations I made while I was there: 1.Why was the people who crucified Jesus of Nazareth running this massive organisation in his name? 2. If there was a God, he certainly didn’t live there.

When I give an opinion, it is usually backed up by my own experience. I would advice you all to beware of people who quote research at you, or who gives you an opinion which is of the general consensus; those who quote research often won’t have any practical experience of what they are talking about, and those who believe what everyone else believe definitely don’t know what they are talking about. So I wonder what Father Amorth actually know about Yoga? My opinion would be that besides from bigotry and fear, he would have very little practical knowledge if any of what Yoga is. To be honest, a lot of people I have come across who profess to have done Yoga for many years don’t really know what Yoga is. It’s the same when you get some “expert” who tells you that Acupuncture doesn’t work. When you ask him how many years of acupuncture training and practise he has had to come to such a conclusion, he will tell you that he hasn’t….but he has read a report on it. Well, in the early part of the last century, there were reports that Negroes and women had smaller brains….so that must be gospel then, mustn’t it?

I digress, let us get back to Father Amorth contention. For us to assess his assertion, we must understand what Yoga actually is.

The word Yoga means “union” and Yoga evolved almost 26000 years ago in India http://www.medindia.net/yoga-lifestyle/yoga-orgin.htm    Union with what? Union with your self , union with others, and if you so believe, union with your God. There are eight limbs to Yoga:

1.Yamas- your attitude towards others and the world around you, including your environment.

2.Niyamas- how you treat yourself and look after your body.

3.Asanas- system of physical posture to keep your body supple and strong.

5.Prathayara- withdrawal of the senses, so that we look inward for wisdom and not to be deceived by our outer senses. Interestingly enough, it was material wealth and pleasures of the flesh that Satan was said to have tried to tempt Jesus with out in the desert.

7. Dharma- meditation, reflection, looking inwards, union with your higher self and wisdom.

8. Samadhi- Enlightenment and self realisation

That is what Yoga is. Not just some girlies in leotards contorting themselves in a village hall or gym , but a whole system of spirituality and way of living. It’s gentle and tolerant,and not about guilt, fear and punishment and subjugation that Christianity is based on. Sure ,as a species, men have always fought wars and killed each other, but to kill in such vast numbers in the name of a person who represented love and peace?

No Farther Amorth, Yoga is not linked to Satan, although my spider senses tells me that you are decidedly dodgy. I would conclude by saying that Jesus was a Yogi. What do you think? 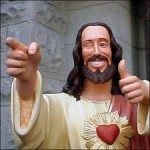